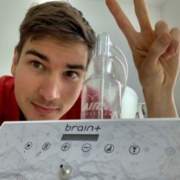 Marvin Albert (born 1996), an internet entrepreneur from Worms/Cologne, not only had a fine nose when, outside the health matrix, as he publicly calls it, he was looking for advice for a better quality of life, especially for his 80-year-old grandfather and himself, and after a short e-mail exchange he appeared at AIRNERGY in Hennef.

In short: the down-to-earth expectations of the grandparents as well as their own were confirmed after a few weeks and occasionally exceeded. With the broad result: to combine two future technologies in the sense of democratizing prevention and to make them accessible to a wider range.

brain+ is designed for people who want to experience their own and family health practically at home at the touch of a button and support their own vitalization with specially composed neobeats. Reliable data providers report up to 25% higher brain power. In addition, brain+ has value, up-to-date digital training, financing, even transparent refinancing offers and more in the partner program.

AIRNERGY & neobeats are pioneers in the field of “brain training of the future”. With neobeats, too, it is not power or potency that is decisive, but fineness and precision.
Neobeats has also been shown to produce the finest frequencies that are brought into the cell acoustically, with AIRNERGY bringing this into the immediate breathing atmosphere for 20 years with the proven vitalizers.

More information about brain training of the future: brain-plus.de 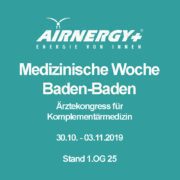 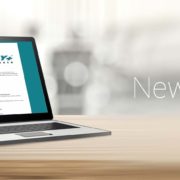 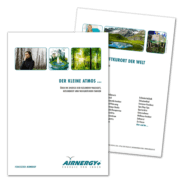 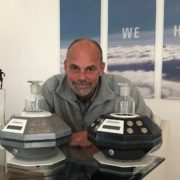 Highlight: The new “Himalaya” in fascinating design and limited edition 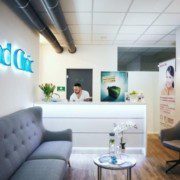 Grand Clinic Germany: The pioneer in cryotherapy is a new AIRNERGY cooperation partner

Medical Week 2019
“The Little Atmos” is now also available as a movie!

We may request cookies to be set on your device. We use cookies to let us know when you visit our websites, how you interact with us, to enrich your user experience, and to customize your relationship with our website.

Click on the different category headings to find out more. You can also change some of your preferences. Note that blocking some types of cookies may impact your experience on our websites and the services we are able to offer.

These cookies are strictly necessary to provide you with services available through our website and to use some of its features.

Because these cookies are strictly necessary to deliver the website, refuseing them will have impact how our site functions. You always can block or delete cookies by changing your browser settings and force blocking all cookies on this website. But this will always prompt you to accept/refuse cookies when revisiting our site.

We fully respect if you want to refuse cookies but to avoid asking you again and again kindly allow us to store a cookie for that. You are free to opt out any time or opt in for other cookies to get a better experience. If you refuse cookies we will remove all set cookies in our domain.

We provide you with a list of stored cookies on your computer in our domain so you can check what we stored. Due to security reasons we are not able to show or modify cookies from other domains. You can check these in your browser security settings.

These cookies collect information that is used either in aggregate form to help us understand how our website is being used or how effective our marketing campaigns are, or to help us customize our website and application for you in order to enhance your experience.

If you do not want that we track your visit to our site you can disable tracking in your browser here:

We also use different external services like Google Webfonts, Google Maps, and external Video providers. Since these providers may collect personal data like your IP address we allow you to block them here. Please be aware that this might heavily reduce the functionality and appearance of our site. Changes will take effect once you reload the page.

The following cookies are also needed - You can choose if you want to allow them:

Datenschutzerklärung
Accept settingsHide notification only
Your sub-counters, for both small subsequent and also 30-minute camera in the chronographBR 126 Aeronavale as well as the rolex replica small second subdial of theBR 123 Aeronavale, are usually circled with a thin gilded line, once again taking part to the conventional appear.